The Masters Of Irezumi

> All Blog News>The Masters Of Irezumi 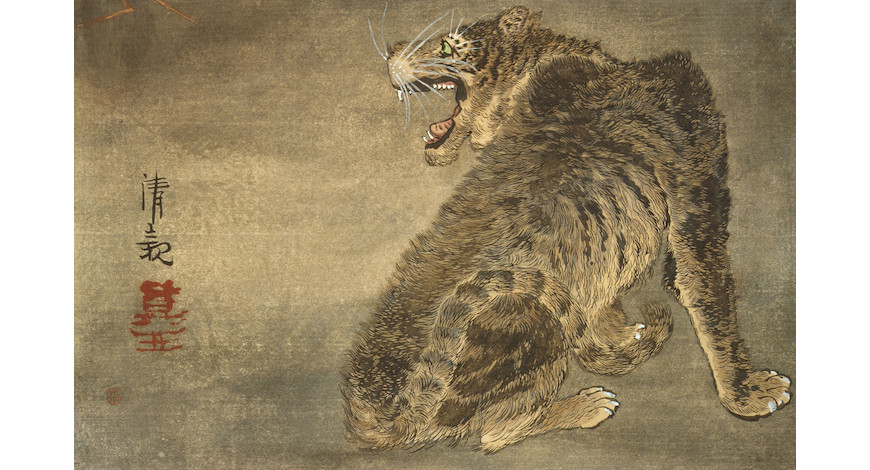 The Masters Of Irezumi

Irezumi 入 れ 墨 or 入 墨 literally means "insert ink". The earliest historical mention can be found in the ancient Chinese book "Weizhi Worenchuan", a part of The Chronicles of the Three Kingdoms, which dates back to the 3rd century AD. Although tattoos were common in Japan until the Edo Period of 1603-1868, it was not a mass or fashion phenomenon. Probably the most common use was intended to mark criminals. In addition to pirates, some warriors and the Ainu tribe, so-called wedding tattoos were popular among the broader population, which should be helpful in a fruitful and happy marriage.

With the beginning of the Edo period did the art form of tattooing, Tebori, develop into today's perfect form. Most 17th century master tattoo artists. were previously woodcut artists, or at least inspired by those. The popularized by the work Suikoden, produced as a color woodcut work, tattoos became popular among a broader part of the population. The heroic story is set at the time of the Song Dynasty and is about 108 rebels who camped at the famous Mount Ling. The story is full of intrigues and heroic battles. On the colorful woodcuts pictures the tattooed fighters of the 108 could be seen.

The practice of tattooing criminals also created a layer of their own: the Yakuza.

In modern times, the Meiji government banned all tattoos as backward, so that the art was practiced for decades just in the underground and received its ongoing reputation to this day. In present-day Japan, the majority of tattoos are associated with organized crime. The ban on body art was first revoked in 1948. Even today, critics accuse Japan's government of a massive hostility against tattoos, only in 2017, a law has passed that tattooing evaluates as a physical intervention, so only authorized doctors would have the right to do. If used fully, it would mean the end of Japan's world-famous tattooing scene.

Irezumi is one of the most popular tattoo styles in the world today. Motifs such as dragons (symbols of strength and whiteness), cherry blossoms (beauty but also transience) or kois (success, luck) can be found on the bodies of people from all over the world.

Today we want to introduce you to 5 of the most outstanding representatives of this ancient Japanese art form.

Horiyoshi III (目 彫 よ し, sandaime Horiyoshi), born as Yoshihito Nakano, is probably the most well-known tattoo artist in the world. As the story tells, he visited as a young boy a public bathhouse, an onsen, there he became aware of a full-body tattooed yakuza. Enthusiastic about the encounter, he went to apprenticeship with the legendary tattoo artist Horiyoshi I - Yoshitsugu Muramatsu, who finally gave him the title of master after an eight-year apprenticeship in 1979.

“Horiyoshi The Third: The Skin Carver” by Johnnie Shand Kydd

Vice - The Sacred Art of the Japanese Tattoo

Horiyen, or Jess Yen is the founder of My Tattoo and a true institution in the Irezumi tattoo scene.

Nicckuhori is based in Singapore and has been a star at every convention for years. He is the owner of Galaxy Tattoo.

Lion City Tattoo: "In The Chair" with Nicckuhori

Horitada 初代彫忠 is the star of the younger tattoo artist generation in Japan. Based in a small studio in Tokyo, he practices a classic style that you ve to call breath-takin.

Ako Roshi (穂 浪 士 士) means "Ronin from Ako" and is one of the most famous legends of Japan, "The 47 Ronin" or also known as "the Legend of the 47 Samurai". The story is based on Japanese values such as loyalty, tradition, brotherhood. The inspiration for the motifs of Ako Roshi comes from the rich tattoo tradition of Japan which stands precisely for these values. Many of the motifs are based on centuries-old designs and are still widely used as tattoos by martial artists, Yakuza and lovers of Japanese tattoo art. Particularly popular are motifs such as dragons, gods, ghosts / demons and animals (lions, tigers, etc.), which are considered as symbols of happiness, strength or wisdom.